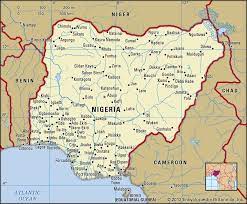 Speaking on the Arise News Channel, the special advisor to President Muhammadu Buhari, Ahmad Zakari, spoke about work the current administration has in place for the power sector in Nigeria.

The federal government has said there is still a considerable financing gap in the country’s power sector, requiring immediate funding of $40 billion in the generation, transmission and distribution value chain.

The government stated that from all sources, it expects to spend $3 billion to $5 billion to boost power supply in the next 24 months and eventually free itself from the payment of subsidies.

Zakari noted that the sector is plagued by three major classes of challenges: regulatory, fiscal and infrastructural. He explained that for years, Nigeria had a situation where distribution companies were buying power at high prices but were only allowed to sell at low prices by the government.

However, he noted that the current administration has gone a long way to correct the inefficiency by introducing the service-based tariff despite the regulatory gap, which created an investment quagmire wherein any investor who put in money wasn’t able to recover it.

Zakari further stressed that the administration has worked out how it will push more infrastructure into the network, starting from the National Mass Metering Programme (NMMP), through the emergency intervention from the central bank, commercial banks and donor partners.

This, he said, was in addition to the incremental support from Siemens and other programs, amounting to about $3 billion being spent and would be spent over the next 24 months.

On the issue of grid collapses, he stated that in 2015, there were 28 total or partial collapses, while as of last year there were four, noting that in 2021, Nigeria has had one partial and one total collapse.

“There’s a plan to invest in SCADA, which is the system that digitally manages the grid. It allows you to monitor all of the figures and voltage and whenever there are challenges it can isolate the problematic segment,” he stressed.

On tariffs, Zakari noted the law allows adjustment every six months but regretted that the situation has not been fully communicated with the public.

He said the federal government has continued to encourage local meter manufacturers, who have already delivered in excess of 500,000 to 600,000 meters in phase zero of the scheme, out of which 400,000 have been installed.

The special advisor to the President argued that the national mass metering program has delivered more meters to Nigerians in four months than what was done in 18 months under the Meter Asset Provider (MAP) program and expressed confidence that the 6 million metering target will be met.

Zakari also unveiled plans to boost electricity supply by wheeling a minimum of 10,000 MW of electricity into homes, while setting May 2023 as a target to close the 6 million metering gap.

Through the service-based tariff regime, Zakari noted that new grounds were being broken as the discos collected N65 billion ($158 million) in December 2020, leading to a 15% increase in delivery of power even before the commencement of capital expenditure.

“So, we are seeing increased liquidity in the system that is likely to continue. The Siemens program is part of the suite of investments that make up the $3-$5 billion that we are targeting over the next 24 months,” he said. “So, what we are doing is to find all available financing, for instance, the emergency funding from the central bank on metering, in-network CAPEX as well as transmission and distribution interfaces. Those are being spent now.”

He said: “On 100,000 MW, we do have a trajectory, but we will definitely not be there in 18-24 months. But we have continued to have an imbalance between generation and in some estimates, we have the line of sight at about 20,000 MW.

“The administration is also looking at this power approach, not only in megawatts but on its impact on people. We are working to ensure that energy access is improved. But we think we have a clear line of sight of 10,000 MW during the life of this administration in terms of delivered power to end-users.”

According to him, the Buhari administration is focusing on the transmission and distribution parts of the value chain to be able to get electricity being generated into the homes of Nigerians.

Zakari reiterated that there will be a refund to customers and “de-banding” of any areas that do not receive commensurate supply of electricity with the tariff band, adding that there has never been any policy in the past that linked quality of service to tariff.

Unbundling the Transmission Company of Nigeria

On why the federal government was unbundling the Transmission Company of Nigeria (TCN) before concession, Zakari stated that the extant law empowers the president to break it down before privatization. He said the first step was to unbundle and then go to the next phase of commercialization or whichever route the government decides to take.

According to him, while Nigerians are right to be frustrated with the power sector because of lost opportunities, activities are being undertaken to revamp the sector.

He stated that the government is transitioning from subsidizing the sector to building critical infrastructure, lamenting that for instance, the whole TCN budget in 2014 was $30 million, resulting in a huge mismatch.

Under the Transmission Rehabilitation Expansion Programme (TREP), he said the World Bank would assist with about $1.6 billion, adding that the country recently signed $500 million for distribution expansion.

In addition, the Central Bank of Nigeria has earmarked about $500 million as an emergency fund for the sector, while the Siemens initiative will see an expenditure of upwards of $2 billion over time.