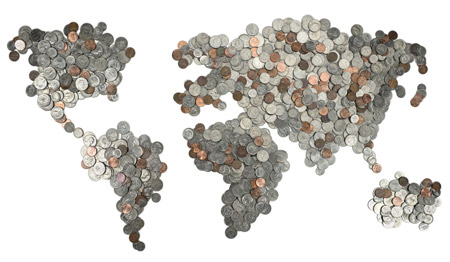 That’s more than the annual gross domestic product of a developed country such as Hungary, according to World Bank data.

One way to measure efficient spending is by spending less than budgeted.

A meme in vogue in the business press is the power of 1 percent. (Google that, and you’ll get 342 million results.)

What’s the point of 1 percent with a number as large as global T&D spending? It’s $1.48 billion.

In the drive to best serve ratepayers and meet fiscal and regulatory mandates, are there ways to spend this much money more efficiently?

Let’s assume that your utility has annual revenues of $3 billion.

That’s sizeable but not extreme in the world of utilities. One way to measure efficient spending is by getting more for your budget.

What more can you get in the context of capital spending?

One percent of $3 billion is $30 million. If you invested $1 million a year on capital efficiency to realize $30 million in additional top-line revenues, you might count that as a good investment.

Another way to spend money more efficiently is by getting the same amount for less.

Your $3 billion per year utility likely has an annual T&D infrastructure budget of $1 billion.

If you spend 1 percent less in T&D infrastructure, that equals $10 million a year.

If you invested $1 million in capital efficiency tools and processes to avoid $10 million in expenses, you might count that as another good investment.

One approach to improving capital efficiency is through asset analytics.

For instance, asset management systems such as IBM Maximo and SAP EAM provide a health score for each of your assets.

Having such a score can be a useful start in planning and prioritizing capital spending, but it’s not sufficient to reach the power of 1 percent.

Asset health scores tell you the probability of an asset’s failing, but not the consequences should that asset fail.

Consequences depend on the asset’s physical location, its relationships on the grid and the number and type of customers it serves.

Asset management systems alone don’t provide this information; you must draw on data from other enterprise, operational and external sources.

A new class of software, situational intelligence, draws on sources to correlate enterprise, operational and external data across spatial, temporal and network relationships for analysis and visualization. 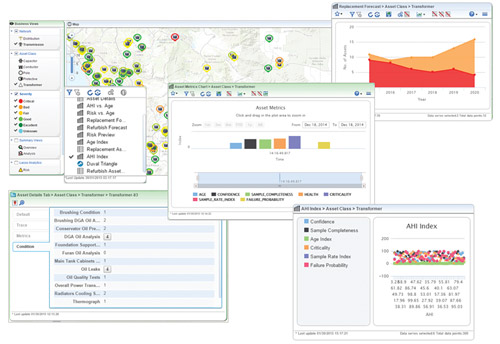 As such, situational intelligence solutions for asset analytics such as Asset Intelligence from Space-Time Insight can deliver consequence scores in conjunction with asset health scores from your asset management system.

Combining health with consequences yields the risk inherent in an asset.

When you know risk, it becomes possible to spend your capital budgets more effectively to lower risk across your entire utility.

Let’s return to our hypothetical utility for an example of risk reduction through spending.

Initial analysis shows that our 200 power transformers have an average 1.7 percent likelihood of failure within the year, resulting in a one-day outage, and the average power transformer delivers $40,000 of power per day.

Doing the math, this represents $49 million in risk over a year.

By targeting your capital investments at replacing your oldest power transformers, you can reduce your average risk of a one-day outage to 1.4 percent-that’s pretty good-and lower your total risk over a year by nearly $9 million.

Now, assume that instead of just replacing the old transformers, we used situational intelligence to identify and replace the riskiest transformers-the ones with the highest likelihood and consequence of failure.

Investing money based on risk lowers the average risk of a one-day outage to 0.9 percent.

That’s even better and reduces your risk over a year by more than $20 million.

In this case, using situational intelligence to spend your budget a little differently lowered your overall risk by 0.5 percent, which equals $14 million annually.

Using these forecasts, you can build long-term capital plans based on auditable risk calculations.

Regulatory rate cases, municipal bond requests and other funding increases become easier to win when you can show the precise math behind the request.

The Future of Capital Spending

Spending $148 billion annually on utility T&D infrastructure is a lot of money-more than $20 annually for every person on the planet.

Energy utilities operate in large measure for the public good, supplying a service at the foundation of modern civilization.

For the public good, utilities have a responsibility to spend their money wisely.

Ajay Madwesh is vice president of the utilities business unit at Space-Time Insight. Madwesh has more than 20 years of experience in software development and technology management in the utility and process automation environment and has spent several years evangelizing the integration of real-time operational technologies with information technology.