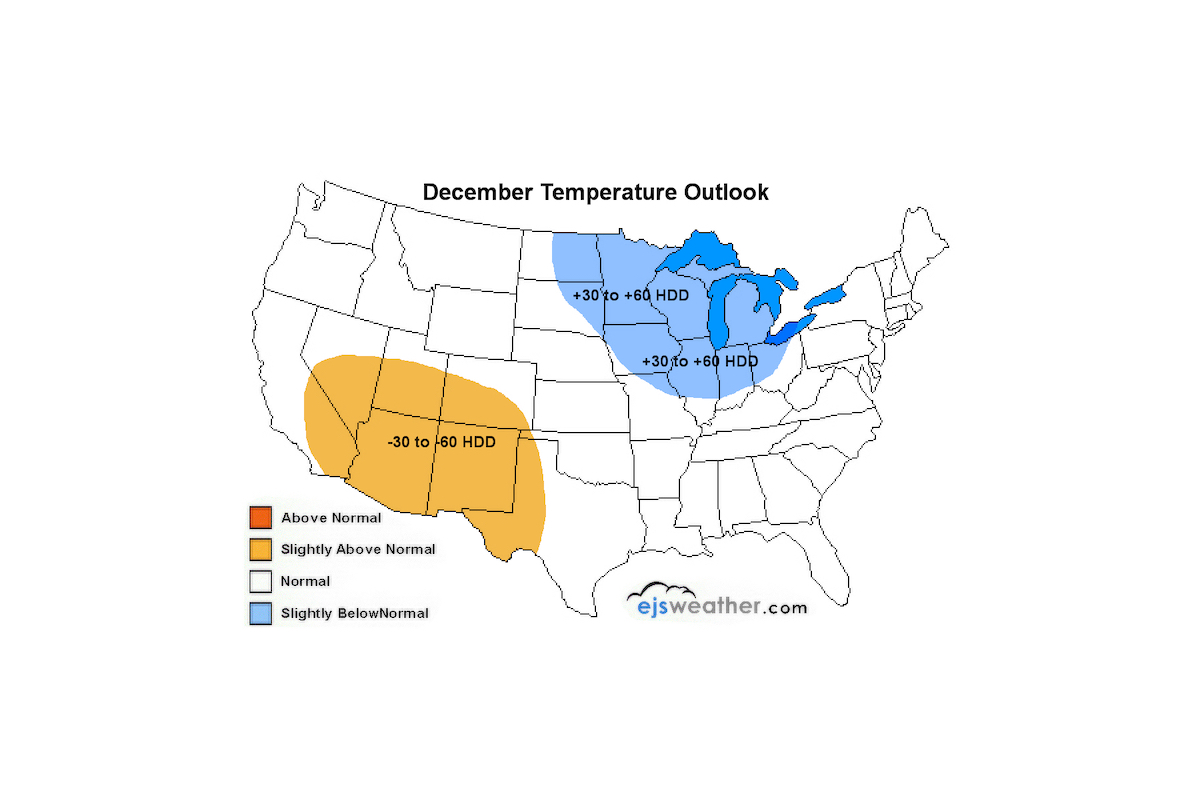 The ENSO phase across the Equatorial Pacific Ocean remains neutral and is forecast by the latest long-range climate models to remain neutral through the rest of fall. At the present time, there is a 60% chance of this neutral phase persisting through the upcoming winter and into next spring. The NAO (North Atlantic Oscillation) is also negative and may remain mostly negative over the next month. Based on a neutral ENSO phase and a negative NAO, slightly below normal temperatures are projected across parts of the Midwest and Great Lakes during the month of December. Total monthly heating degree days as well as energy costs with respect to heating will likely be higher than average to begin the winter season in these regions of the country. In contrast, temperatures are forecast to average slightly above normal across portions of the southern Rockies, Desert Southwest, and Four Corners region during December. These regions are forecast to see a total heating degree day deficit of between 30 and 60 for the month. On a whole, temperatures are projected to average closer to normal across much of the East Coast, Deep South, northern Rockies, and Pacific Northwest during the month of December.