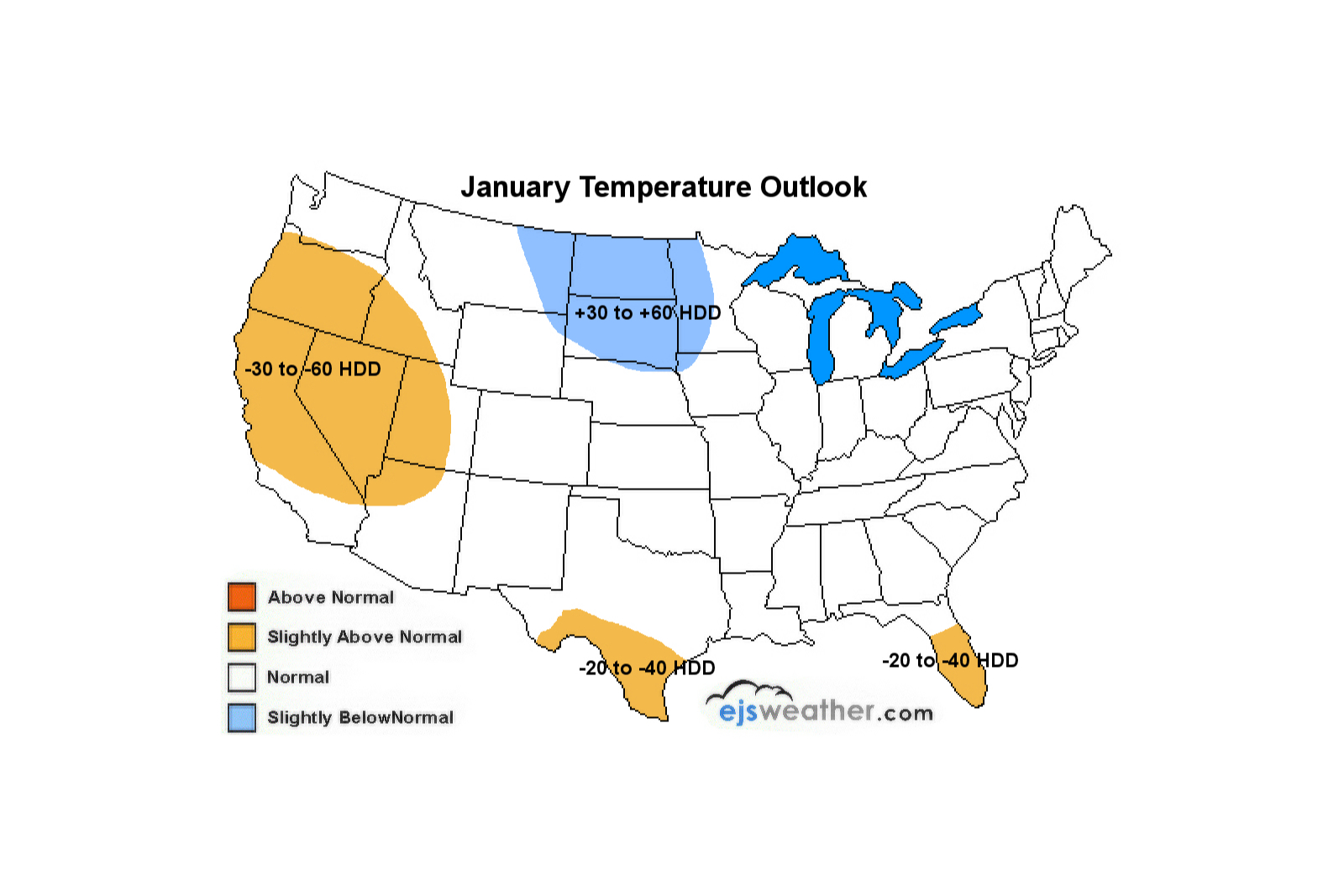 There has not been much change in the sea-surface temperatures throughout the Equatorial Pacific Ocean during the past few weeks. Generally, sea-surface temperatures are running near to slightly warmer than average across much of the Equatorial Pacific. This indicates that the ENSO phase continues to be neutral with maybe a slight lingering of a weak El Nino in place. The latest     long-range climate models suggest that the ENSO phase will remain neutral through the rest of the winter and possibly into next spring. This will have to be monitored over the next month.

As for the January temperature outlook, slightly above normal conditions are expected across parts of the Pacific Northwest, Great Basin, and Intermountain West, as well as in southern parts of Texas and Florida. These regions are projected to see a deficit of total monthly heating degree days of between 30 and 60 and slightly lower energy costs with respect to heating during the month of January. On the flip side, temperatures are predicted to be slightly below normal across parts of the north-central Plains. These colder than normal readings could spread into portions of the Midwest, Great Lakes, Mid-Atlantic, and Northeast depending on what the NAO (North Atlantic Oscillation) does in the upcoming month. There are some mixed signals on what the NAO will do in December and with that being the case a more near normal temperature forecast is being issued for many of these regions in January.