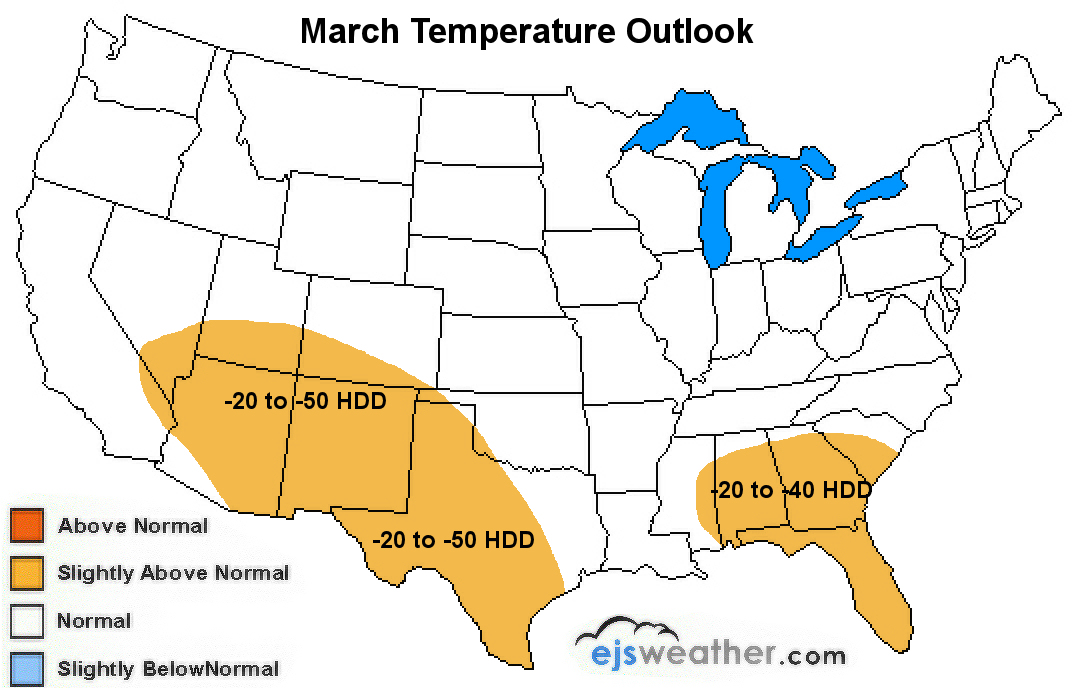 The ENSO phase across the Equatorial Pacific Ocean remains mainly neutral as sea-surface temperatures are a little cooler than average across the eastern Pacific, but continue to be warmer than average throughout the western Pacific. The latest long-range climate models indicate that this neutral phase will likely persist through the spring season and possibly into the upcoming summer.

The NAO (North Atlantic Oscillation) continues to be positive and there are some indications that this trend will continue over the next month. With a neutral ENSO phase and positive NAO in place, more average temperatures are forecast across much of the Plains, Midwest, Great Lakes, Mid-Atlantic, and Northeast during the month of March. It should be noted that if the NAO becomes negative it could mean more colder air will be allowed to come out of Canada and could lead to colder temperatures across parts of the eastern half of the United States in March. That will be something that will be monitored.

Slightly warmer than normal temperatures are projected across parts of the Desert Southwest, southern Rockies, west Texas, and the Southeast. A deficit of monthly heating degree days of between 20 and 50 is forecast across the regions of the country during the month of March.