More
Home Executive Insight Weather outlook: Warmer across parts of the West and Eastern US in... 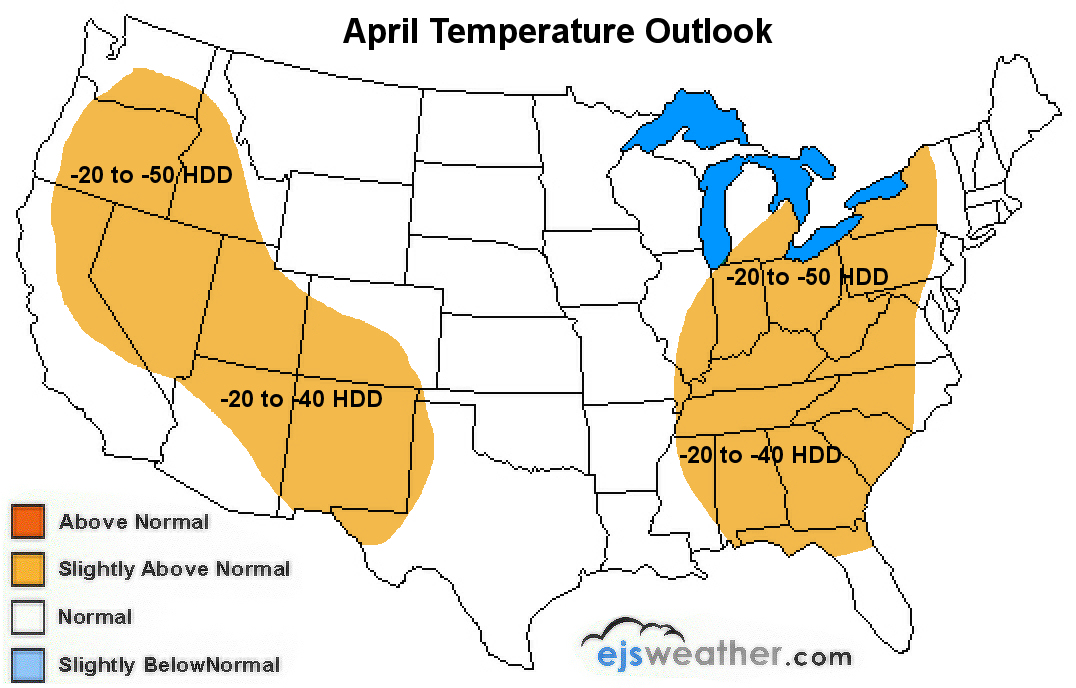 Temperatures are forecast to average slightly above normal across portions of the Pacific Northwest, Great Basin, Intermountain West, and southern Rockies during the month of April. Slightly above normal temperatures are also projected across parts of the eastern United States including the Ohio Valley, Tennessee Valley, and Southeast as the NAO (North Atlantic Oscillation) is likely to remain positive like it has been most of the winter.

A deficit of late-season heating degree days of between 20 and 50 for the month is predicted throughout these regions of the country. Temperatures will likely average closer to normal across much of the middle of the United States during the month of April.

As for the ENSO phase in the Equatorial Pacific, it continues to be neutral and is forecast by most of the latest long-range climate models to remain neutral through the spring and possibly upcoming summer. It should be noted that currently the sea-surface temperatures throughout much of the Equatorial Pacific are near to slightly warmer than average, which is an indication that the phase is more neutral to possibly a weak El Nino.

This trend of slightly warmer than average sea-surface temperatures will have to be monitored over the next couple of months to see if an El Nino could affect the summer temperatures in parts of the United States.